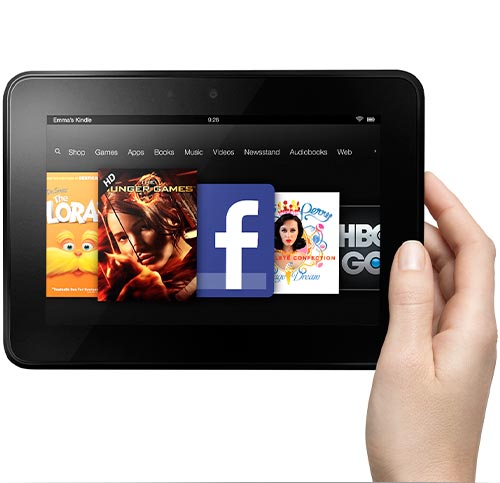 An Amazon mystery device (codename: Apollo) running Android 4.2.2 has shown up on GFX Bench with some pretty high-end specs, leading some to believe that this could be the next Kindle Fire HD. With a 2560 x 1600 pixel display, Adreno 330 GPU, and a 2.15GHz maximum CPU clock speed, one would most likely be right to assume that this new tablet will ship with a Snapdragon 800 processor. The device is also rumored to have an 8MP main camera, a front shooter, 2GB RAM, optional cellular connectivity, and 16/32/64 GB internal storage.

Announcement for the new Kindle Fire models are likely to come in the fall, with pricing and release date remaining a mystery. Android commander

Via: PhoneArena
Posted by Agus at 5:16 PM